Yet another Control for Eilat

Dear All,
we just received a mail from the Israeli Bird Ringing Centre (IBRC) of another bird, this time a Common Buzzard which was trapped and ringed by the IBRCE staff on 14/4/1998 and was found after 12 years 1 month and 6 days (20/5/2010) at Nizhniy Novgorod O., Lukoyanovskiy district., Russia, a distance of 2920 km away. 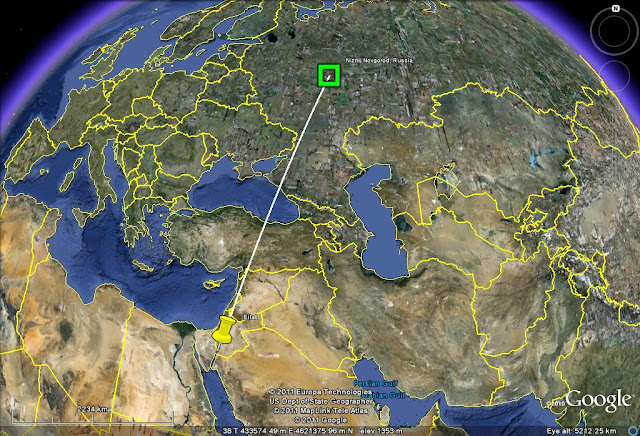 over the last 10 years, the IBRCE had 153 'Eilat' birds who were controlled abroad, of which 29 were Common/Steppe Buzzards (11 in Russia). Being such a central place along the Eastern Flyway, has also produced many controls of foreign rings and over the last 10 years, the IBRCE staff had trapped 84 foreign rings, unfortunately non is a Common/Steppe Buzzard...

on his way north, Re'a stopped at Kibbutz Ketura where he had a nice Hume's Warbler (another big rarity in Israel)! stay tuned as photos and descriptions will follow soon...
פורסם על ידי Itai Shanni ב- 3:36 PM