Shalom, after few days with no posts we are back in business!
We'll start with the "oldest" news:
A strong southern storm entered the southern Arava on the 15th. Very strong winds, and waves of up to 2.5 m' were an amazing backgroung for seawatching. 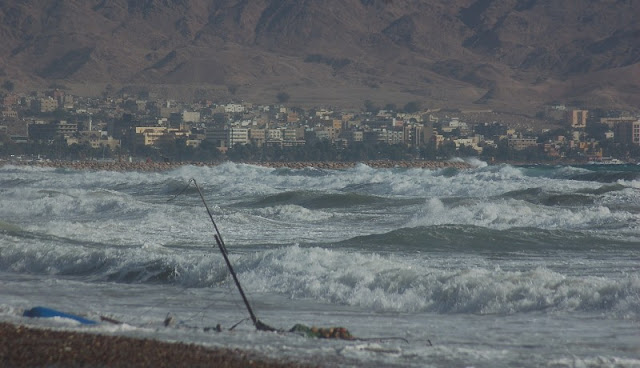 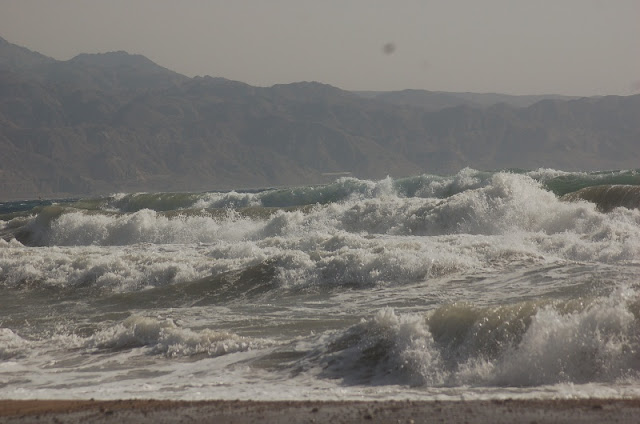 I spent the whole afternoon at the North beach together with Itai, Thomas, and the Danish guys(Kristian, Troels, Andreas.K.&Andreas.E.).
Itai is not afraid off the wind! 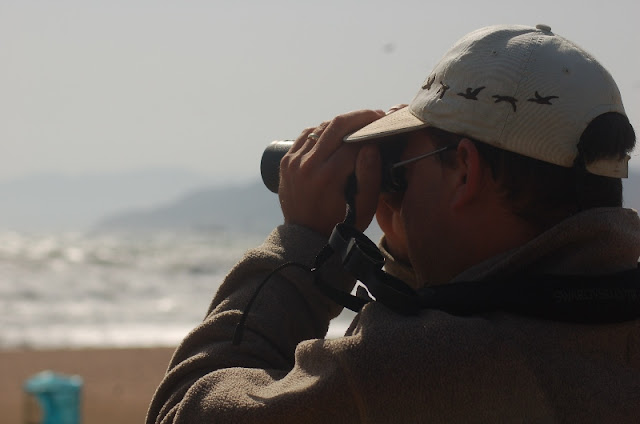 looking at the wrong direction? 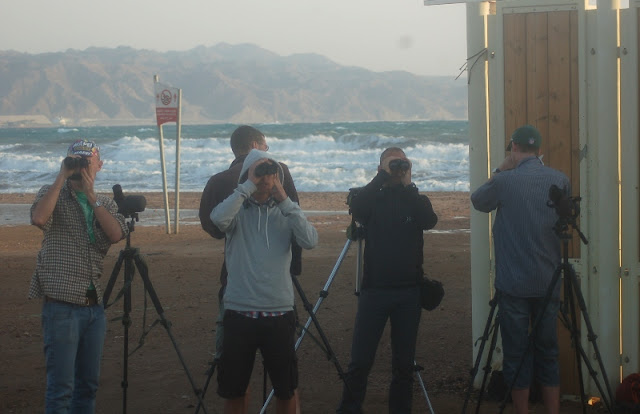 Around 15:00 (just 5 minutes after Itai left), I spotted 2 gulls flying from East to west not more than 200 m' off shore. As I scoped them at the same "frame"   one of them showed very good characteristics of a Sooty gull. The whole watching period was less than 10 seconds.
it was very clear one of them is an adult White eyed. The second bird stroke me being  somewhat larger  and dumpier. The head was bigger and held a more massive bill. The mantle, scapulars& Upper wing coverts showed a brown slightly grayish color-very different than the cold gray of the white eyed… another feature(?) was the absence of a thin white or pale attacking edge- a feature I saw in all the white eyed gulls I have examined  this year-  I couldn't find a trace of that on the spoken gull. But due to the short time watching the bird I cant be sure I didn't miss it. Unfortunately I was too late trying for the bill pattern and missed it as the birds already flew west of me showing only the upper parts till they disappeared behind the segregated men and woman beach's wall.
Although extensive searching the gull wasn't relocated the next day…thus leaving me with a slight frustration, and big expectation for the coming spring!
Other good birds seen around(sorry for the "grocery list") :
White cheeked tern- 1, adult winter plumage.
Caspian tern- 1-2, after a long winter absence. 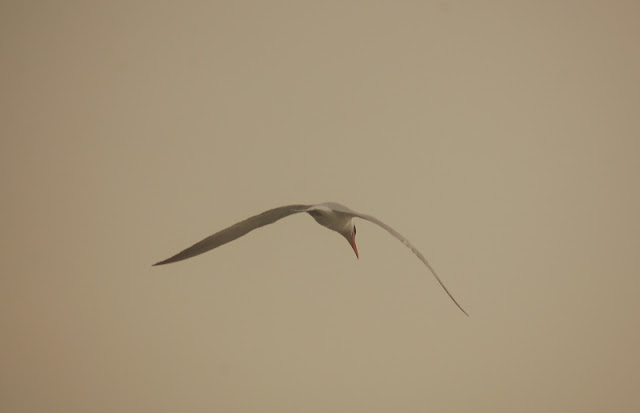 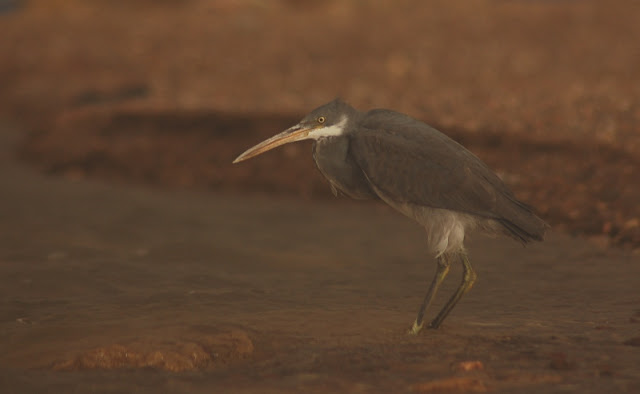 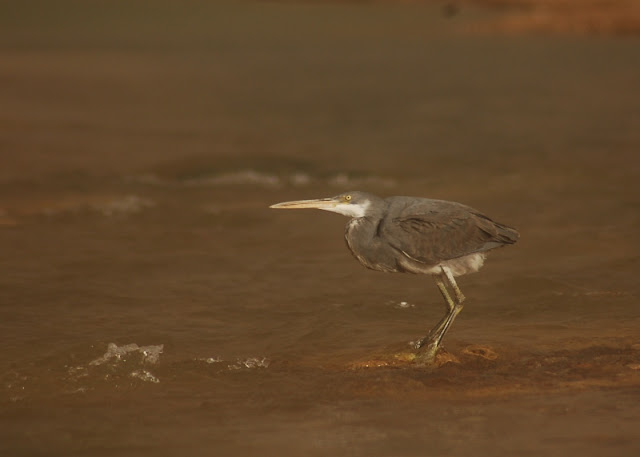