It has been two weeks since we've last updated this blog and it feels like a whole season has passed by already... The ringing station at the IBRCE has been very productive with a total ranging roughly around 7250 birds trapped only during March (of which 40-50% were trapped during the last week of March alone!)

The Eilat region is going through probably one of the best Springs we had for 15-20 years despite the fact that we only had 2-3 mm or rain during winter. Surely this must be an outcome of the very wet conditions this year in East Africa.

An unprecedented wave of Pied (15-20 which were seen) and Cyprus Wheatears (20-25 which were seen) was going through the area. Within the Pied, we also had at least 2 different 'vittata' types for the first time in Israel and to top the ice, the 'Basalt' Mourning Wheatear (which surely deserve a species status by itself) was seen throughout this 2 weeks all joining the common Black-eared Wheatears.


Numbers of Rufous-tailed Rock Thrush, Cretzschmar's Bunting, Chiffchafs, Balkan Warbler, Tree Pipit and 'samamisicus' Redstarts were all very high and made the birds very visible in the field throughout the Southern Arava. 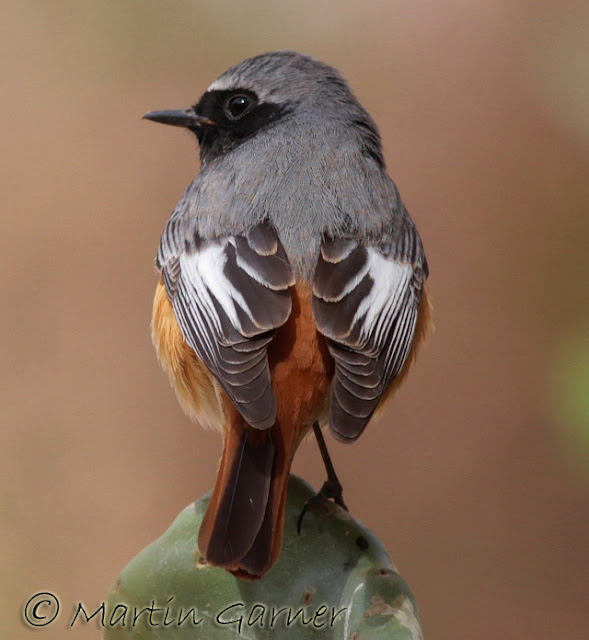 At least 3 different Menetrie's Warblers were seen in different location and 2 more were ringed at the IBRCE park. Other Sylvia's, like Ruppell's, Eastern Orphean, Lesser Whitethroat were also seen in very high numbers throughout. 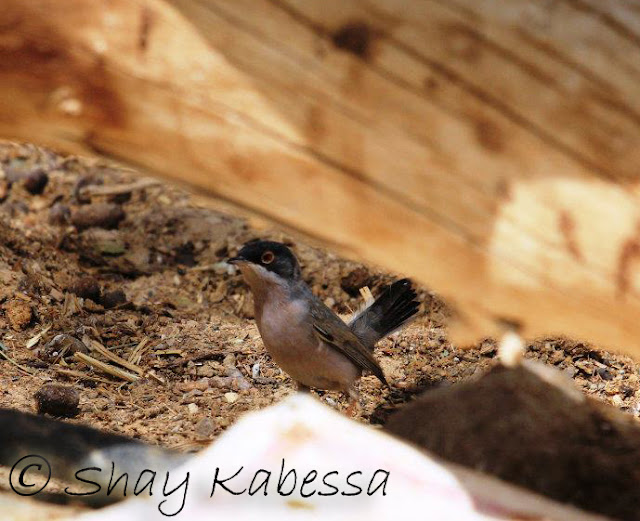 Caspian Plovers were reported almost daily from different localities and the Ovda Valley was packed with Short-toed, Bar-tailed, Thick-billed, Temminck's and Bimaculated Larks on most days and Hoopoe Larks  can be found in most of their usual territories around the Arava. 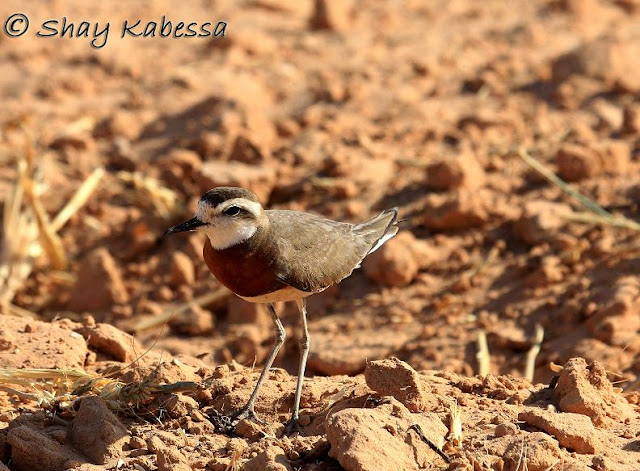 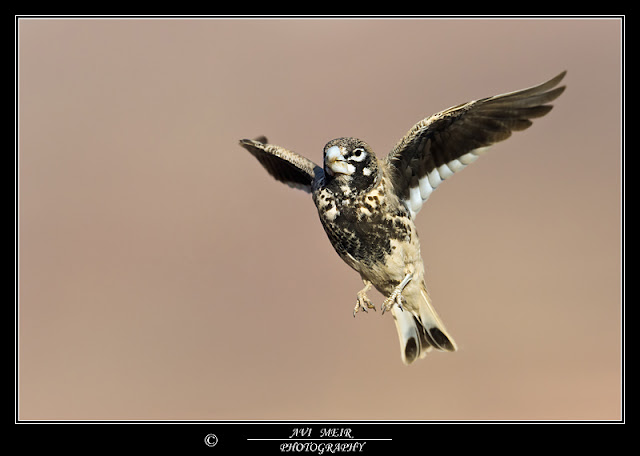 Raptor migration up in the mountains is proceeding in very high numbers as well. at most days we had an early passage and quite high, but during the last week or so numbers have risen and we have constant flow of mainly Steppe Buzzards, but among them one can easily find Steppe, Lesser Spotted & Greater Spotted Eagles, Booted Eagles, Ospreys few Imperials and the first Levant Sparrowhawks were also seen flying around. 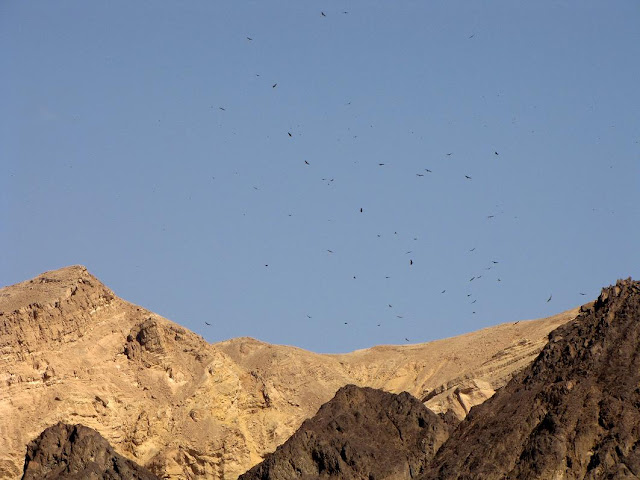 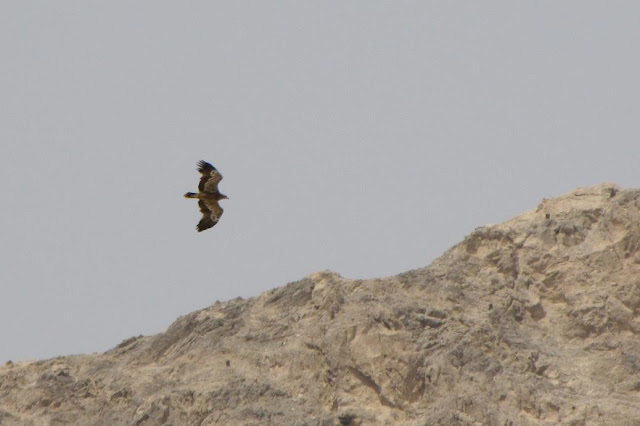 During the last few days things have calmed down, and still there are very high numbers of birds all over and Waders numbers have grown including some 20-25 Red-necked Phalaropes and 5-10 Greater Sand Plover. Raptor migration seems to continue still in very high numbers and thousands are passing daily in a very broad front over the southern Arava and the Ringing team report of 2-3 female type Pied Wheatears seen around the northern plantations over the last few days (a female wave?!) 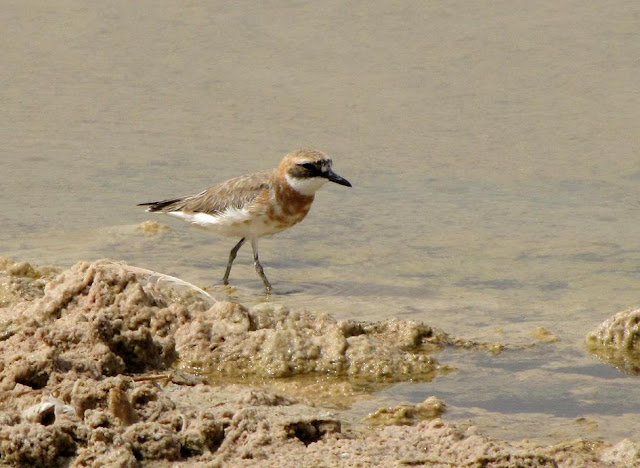 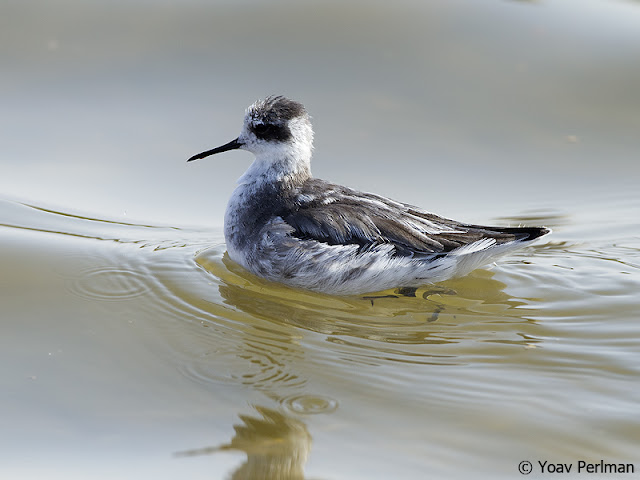 Personally, I am still overwhelmed from the amount and variety of birds that we see here this spring, so for our international visitors, like Martin Garner (Birding Frontiers), Neil Glenn (Twitch and Pitch) and Laura Kammermeier (Birds, Words, Websites) which were joining as at the Eilat 6th migration Festival, this has truly been an amazing experience and their blogs projects it quite nice...


Stay tuned as we still have 1.5 month of migration ahead of us and there is still much to be found...
Itai
פורסם על ידי Itai Shanni ב- 10:53 AM 0 Comments