After the last rarity collection, everything is much more settled now and we are getting deep into the winter birding scene.
Pallas's Gulls can be seen both on K20 and at North Beach, numbers of Black-headed Gulls  have also raised and there are more and more Heuglin's, Baltic and Armenian Gulls.
Waders are also all appearing in their winter plumage and there are many Water Pipits and some Red-throated Pipits in many places. 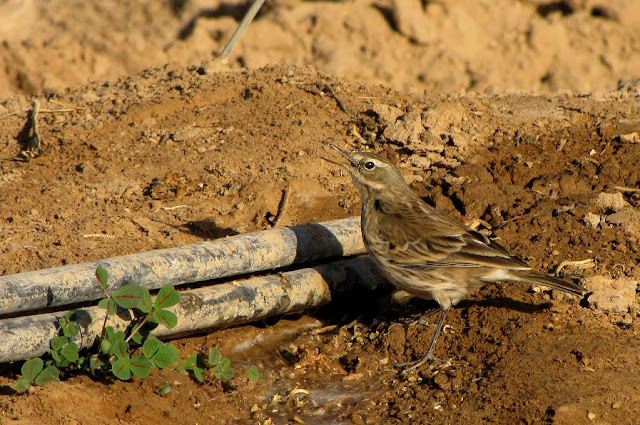 At least 2 Asian Buff-bellied Pipits are seen almost daily in a Melon field not far from the IBRCE and there are at least 2 Olive-backed Pipits in Eilot and 1 in Samar. 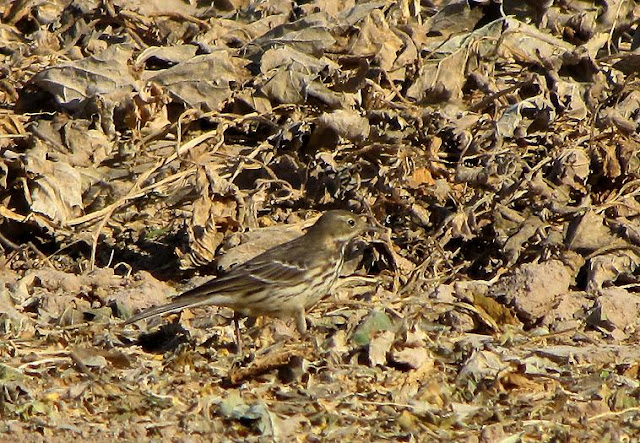 Up in Yotveta fields, 2 White-fronted Geese  are enjoying the fresh wheat for the last week or so, it is a real treat to see this tundra bird in the middle of the desert... also there, few small groups of Skylarks with at least 2 Oriental Skylarks among them. 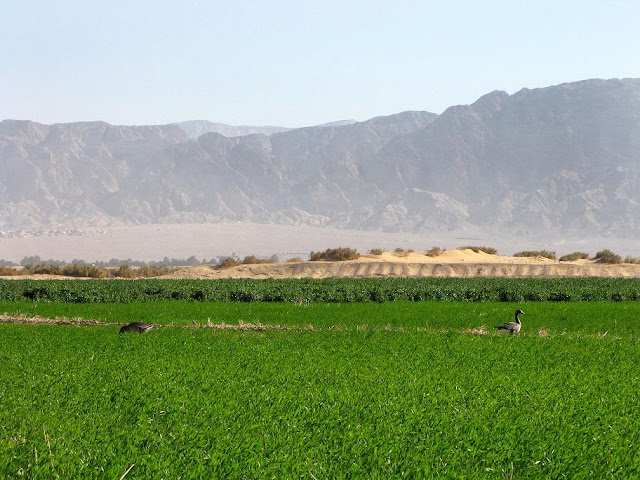 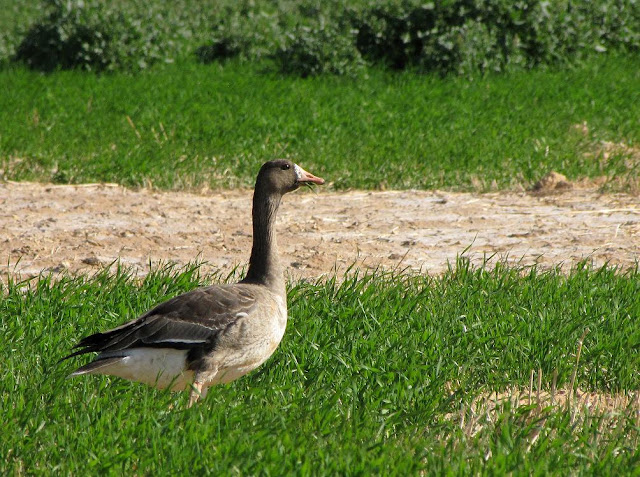 Penduline Tits are calling around Elifaz and Lotan sewage ponds as well as at the IBRCE and there are Bluethroats, Black Redstart, Stonechats and Chiffchafs all around.
Seed-eaters have become very evident and there are groups of Desert Finchs, Greenfinchs, Linnets in many places. Few Chaffinches and a single Brambling  were also a nice addition yesterday in Eilot fields. 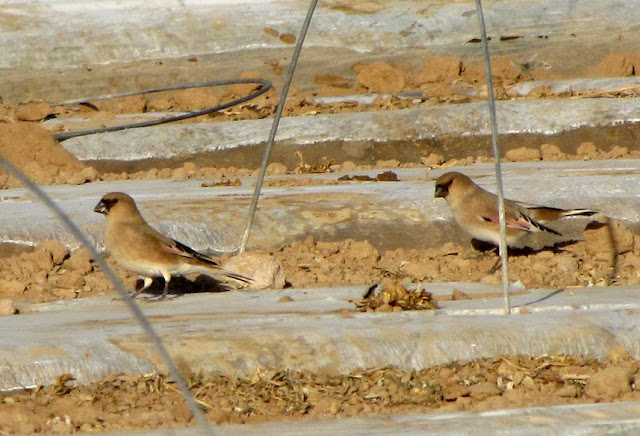 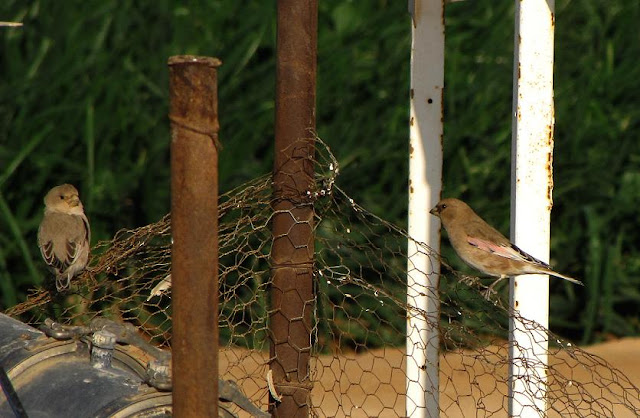 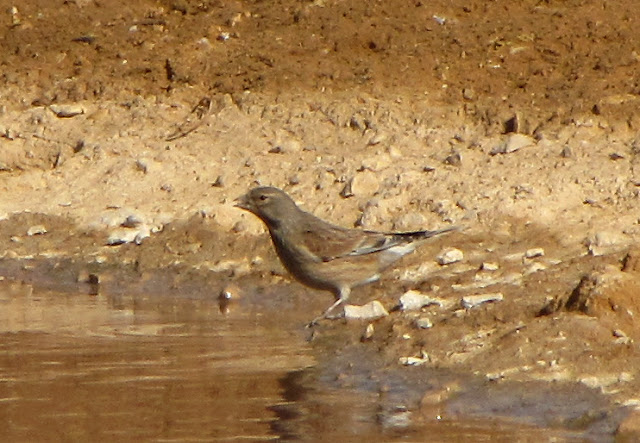 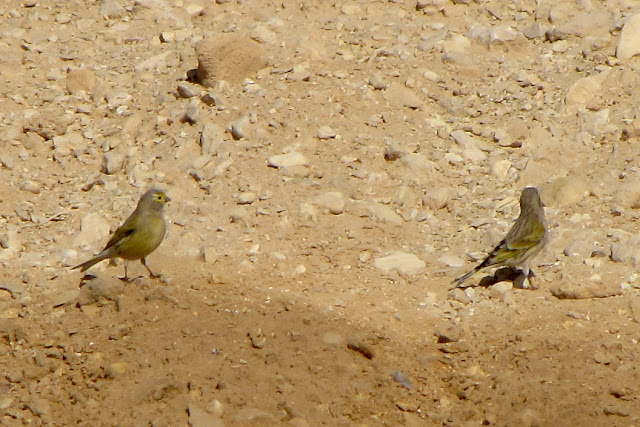 One of the birds which Shay photographed, is bearing a ring. This bird may come from either the Hermon mountain where the IOC organise once a year a weekend of ringing  or maybe from few individuals that were trapped around Mitspe-Ramon or Sde-boker in previous winters. 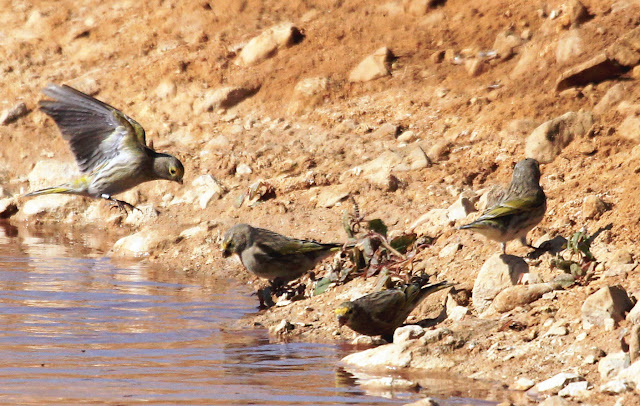 Hen, Marsh and a single Pallid Harriers are also quit common and a nice Imperial Eagle is present around the Hai-bar Yotveta for a week or so was photographed by Shay. 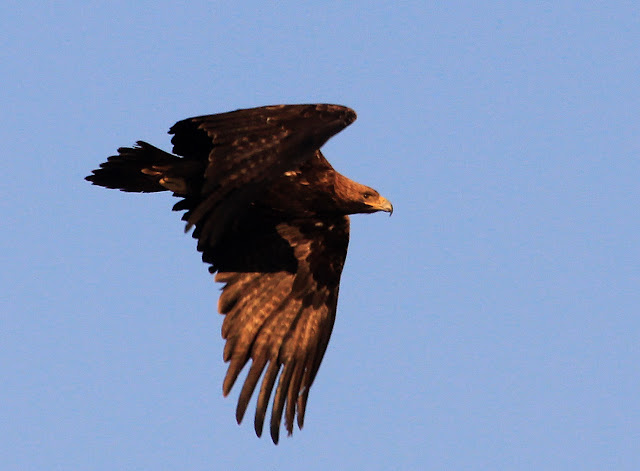 Few Hooded Wheatears are keeping their winter territories and this is true with some Desert and Mourning Wheatears as well... 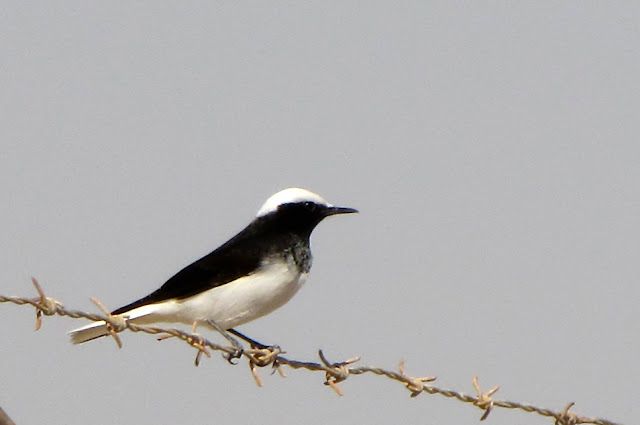