The last three days provided good visual migration, with some surprises.
During Thursday to Saturday a total of 30 Little Swifts were noted migrating , most of them over the IBRCE, with a max. count 18 on Saturday! This is a new daily record for Eilat and the southern Arava . Seasonal record being 32 birds we expect to get this one renewed as well…
Raptors passage gaining speed with 300-350 Steppe Eagles and tens of Steppe Buzzards daily. An adult Eastern Imperial Eagle passed us today.
Itai and Roni in action 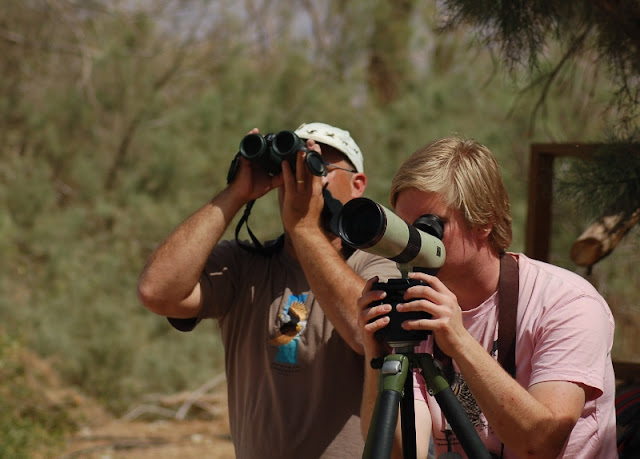 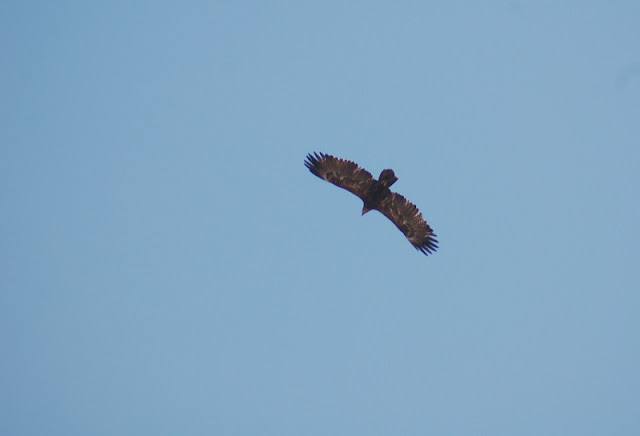 Out in the sun! 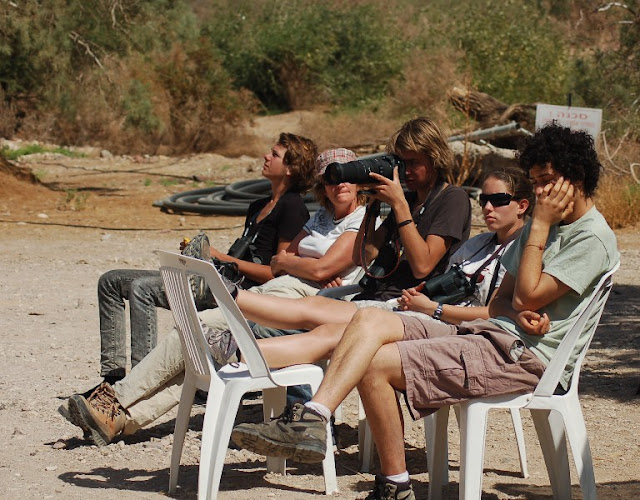 More and more passerine species are seen around with the first Eastern Olivaceous Warbles seen today. 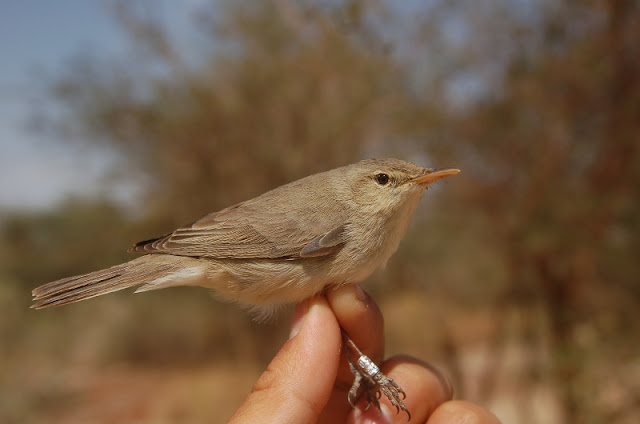 A nice male Cretzschmar's Bunting yesterday was a lifer for the Dutch team…
Sylvia warblers are taking their place as the main group of birds hopping in the bush.  The first Subalpine Warbler was reported by Limor Malul at Holland park yesterday. After a terrible spring for that species last year I demand  to get many this year as a compensation! Ruppell's Wablers are doing well with males seen at almost any vegetated spot around; at least  6 at Holland park today by barak!
This 2nd cy male was ringed yesterday: 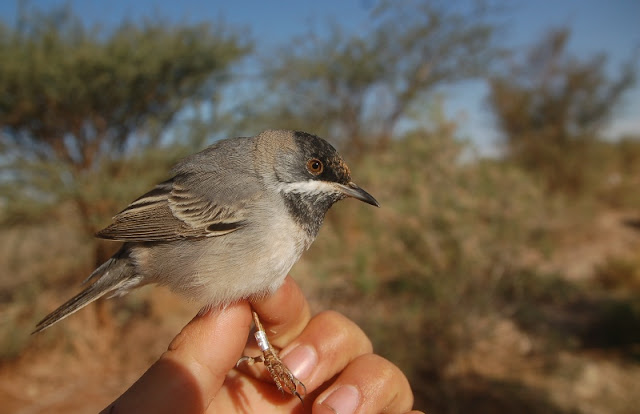 Yael, Roni, Bram & Teun had 3 Oystercatchers flying around the north beach, and also 2 Kentish Plovers & a Sandwich Tern. Barak, Roni and I had two more Oystercatchers and some 70 Slender Billed Gulls at the same place this afternoon.
Other migrants around : singles of White and Black Storks, 16 Common Cranes, 20-30 Green Sandpipers, 3 Squacco Herons at Anita's lake…
Shahar and Barak had amazing numbers of larks at the southern Arava and also a Black Bush Robin & Cyprus Pied Wheatear at Yotvata- for more rarities updates from Israel you should check the new Israel rare birds map- http://www.israbirdcenter.org/rarebirds/1pagerare.htm
A big storm is rolling in up north- I wander if any impact will be felt in here…floods? Vagrants?
פורסם על ידי Re'a ב- 9:42 PM