During the last week I had the pleasure of driving around the Arava and the southern Negev highlands for meetings and some other activities. In between, when ever I had some time, I birdwatched in different locations.

Overwhole Spring is becoming evident throughout with Ruppll's and Cyprus Warblers jumping in many wadies, Trumpeter Finches are very attractive especially when standing next to the many blooming Spiny Zilla (Zilla spinosa) and Steppe Eagles and Steppe Buzzards passing in greater numbers (mostly around Eilat, but seen also furthur north). 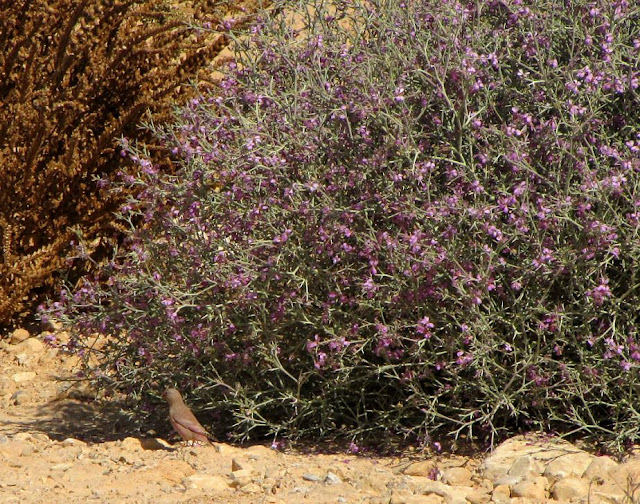 On Monday morning, en route to Hatseva, I stopped for a while in the area of K 76-77. Not far after I stooped at the site, I had some Trumpeter Finches calling from the ground and when scanning around, a group of 5 Thick-billed Larks where seen running around. After a while the birds took off flying to the east across the Jordanian border. When they landed I could see that the ground is moving, so I checked with the scope and surprisingly the first 2 birds were 2 Dunn's Larks foaraging on the plain. Together with them was a a group of Skylarks, many Desert Larks and also few Lesser Short-toed Larks. Unfortunatly the all group was foraging over the border fence so I could not get closer to get even some record shots. 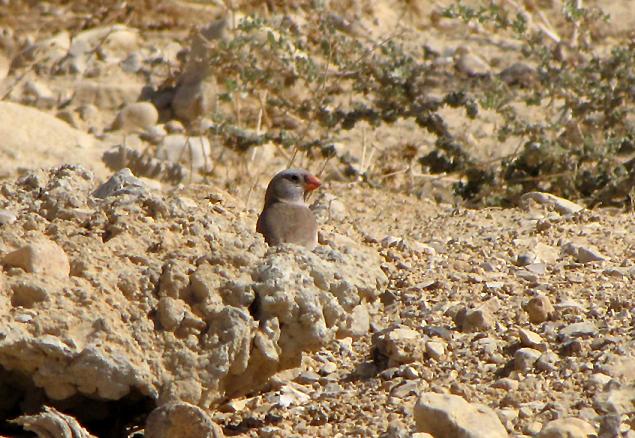 After this around Hatseva, 2 Cyprus Warblers and Oded Keynan is reporting that the Pale Scops Owl that was wintering at the SPNI field school is still present and that there is another one on K152 where there are also at least 6-7 Cyprus Warblers. 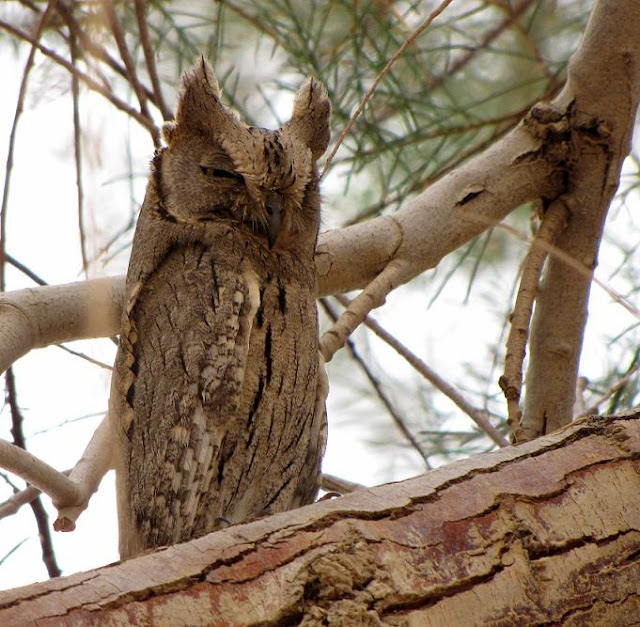 On Thursday together with Limor Malul and Roni Vaisanen we traveled in the southern Negev highland where in Ovda Valley at least two groups of Thick-billed Larks (one comprised of some 100 birds), This was a long waited 'lifer' for Roni (and not the last for the day)! 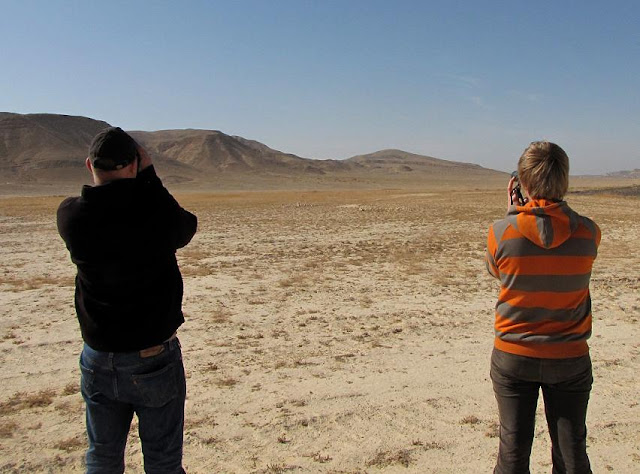 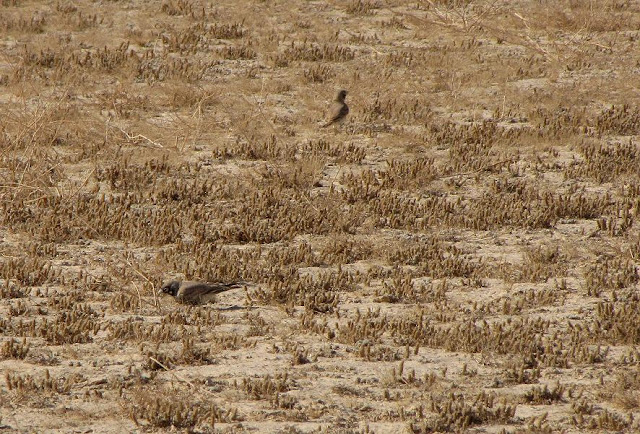 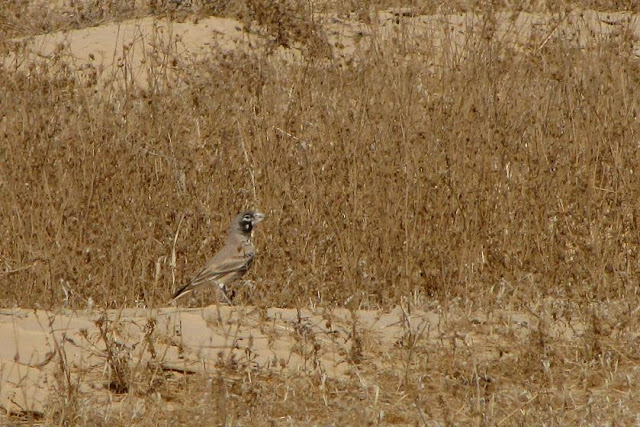 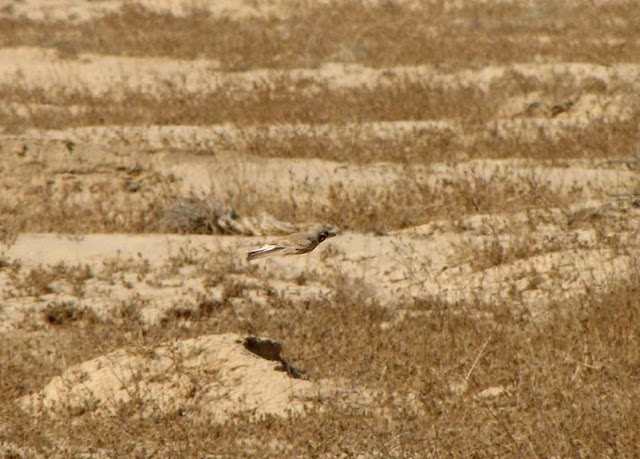 We open a new contest, count the Thik-billed… 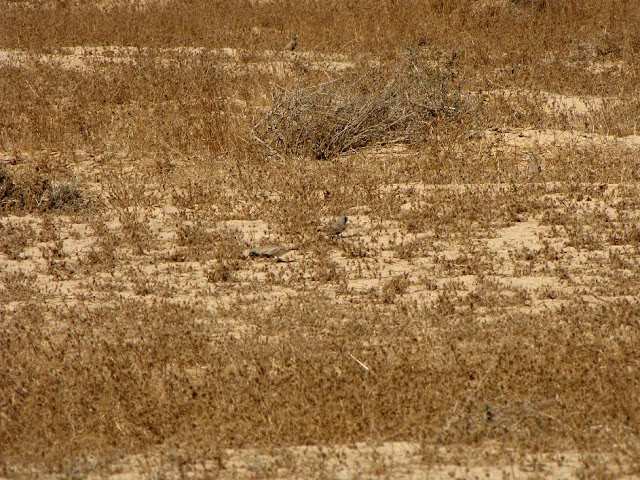 Also around: 3 Asian Desert Warbler and no less than 5 species of Wheatears (Mourning, Isabeline, Desert, Hooded and White-crowned). 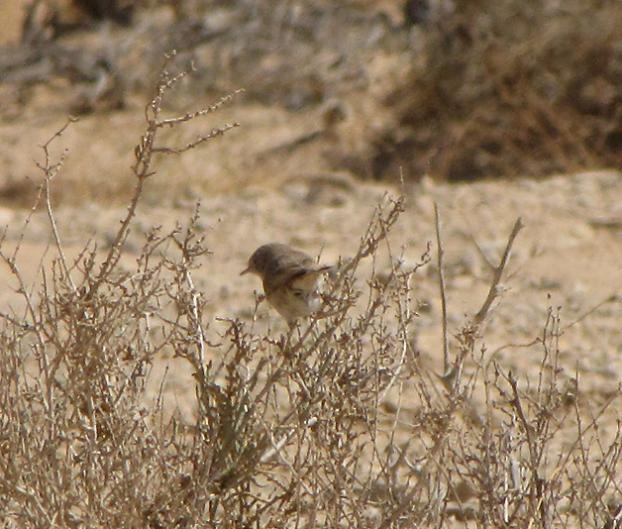 We than drove down, back to K 76-7 where we met with Shachar Alterman who found earlier this day a Black Bush Robin around Yotveta and 4 Brittish birders. We scanned the plain in vein for the Dunn's Lark, but we" had to settle" with 7 Bar-tailed Larks and another 6-7 Temminck's Horned Larks (another long waited life bird for Roni!!) but again just over the Jordanian fence…
As we dorve back through Lotan, we added the first Black-eared Wheatear for the season and the 6th Wheatear species for the day, we then met with Yifat Delsoz, a young birder who had in her camera a photo of a huge dark raptor taken some 10 days earlier in Lotan. In the field she identified it as a Cinerious Vulture and both the description and the photo (see below) confirm that. 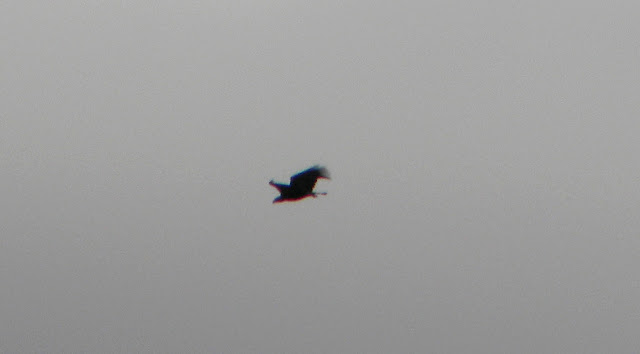 
P.S. as you can see these are only record shots! for much better ones of the birds around Eilat you can follow the link on the side bar: Avi Meir's Photo of the week.
פורסם על ידי Itai Shanni ב- 10:22 PM