On Sunday 30th September some clouds rose up and wind suddenly blew from the West. Everybody in the station was wrynecked looking to the sky and hypotheses about changes in the incoming birds dropped more often than rain (which is easy in this part of the world...) All those theories involved, of course, (almost) uncanny species as Verreaux´s Eagles, Allen's Gallinule and even, those scarce, mighty probably ones like Icterine Warblers, Demoiselle Cranes and Asian House Martins (dream on...) But the fact was an un-wished decrease in the number of captures though the variety of species remained almost the same. Redstarts have shown an increase and are now ringed daily.
This recent weather front has brought some nice floods in the wadies, so we should expect some great flowering (and good chances for high productivity in 2-3 months and later into the spring) 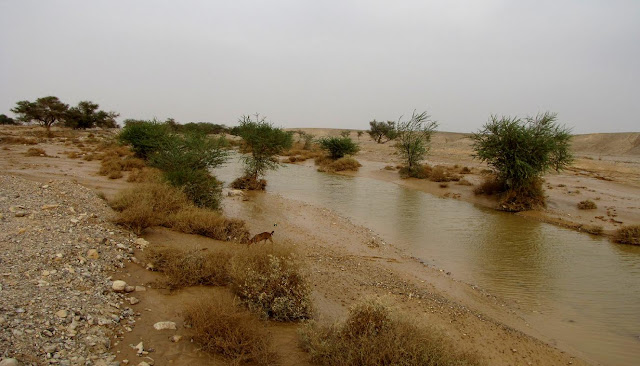 Raptor migration has been, no doubt, the main affected group. During the last day of September and the two first of October, every sight to the sky above the ringing station provided us more than a single species of raptors. Lesser Spotted Eagles were the most welcome but Short-toed and Booted Eagles; Marsh and Montagu´s Harriers, Lesser Kestrels (tens of this) were also ransom companions of the Steppe Buzzards, Black Kites and Honey Buzzards. This change in weather has made a big change in Yotveta fields as well and the huge amount of Greater Short-toed Larks, Red-throated, Tree and Tawny Pipits likewise Yellow Wagtails which we reported last week have left only few delegates in the fields with some more Wheatears though. 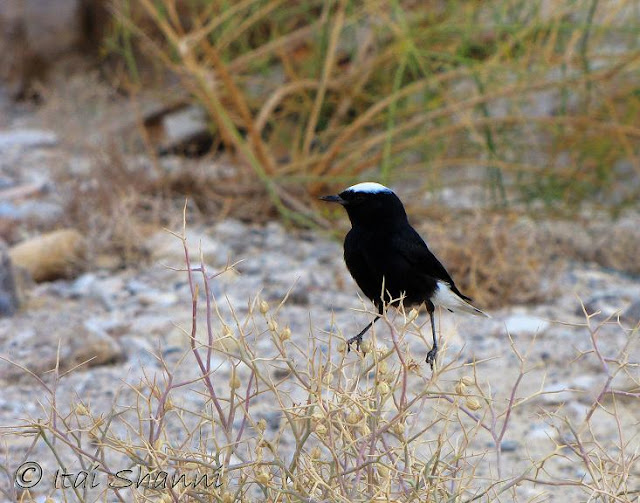 New passerines didn´t delay too much and on Tuesday 2nd October, Itai reported about a Cyprus Wheatear which he re-located and that it was waiting for us in Kibbutz Lotan. So, we finished processing the last birds of the morning session which included a late Thrush Nightingale and a Savi´s Warbler and headed to Lotan´s sewage pond for meeting with a nice black and reddish Wheatear, probably adult male in a moulting process, perched on the fence. Just another new species for both of us Spaniards what meant a stop in Yotvata for ice-creams, missing the Eastern Imperial Eagle who have seem to return for the 4th consecutive year to the area... 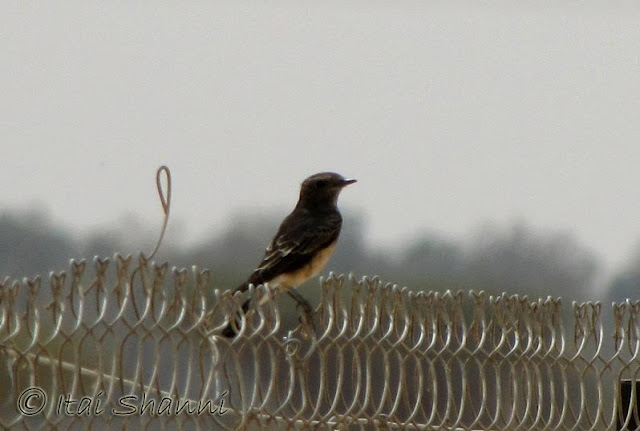 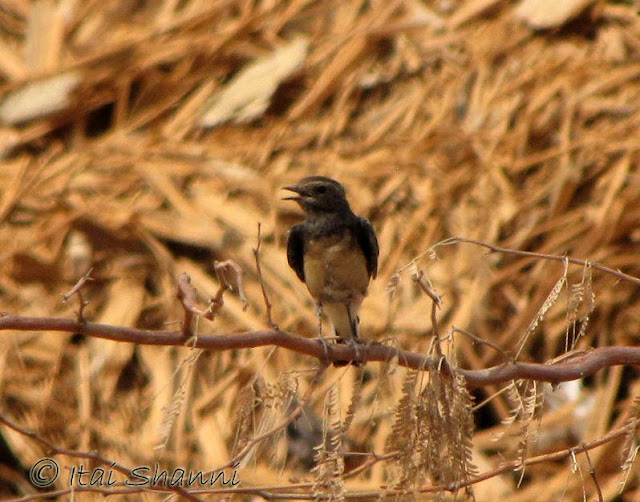 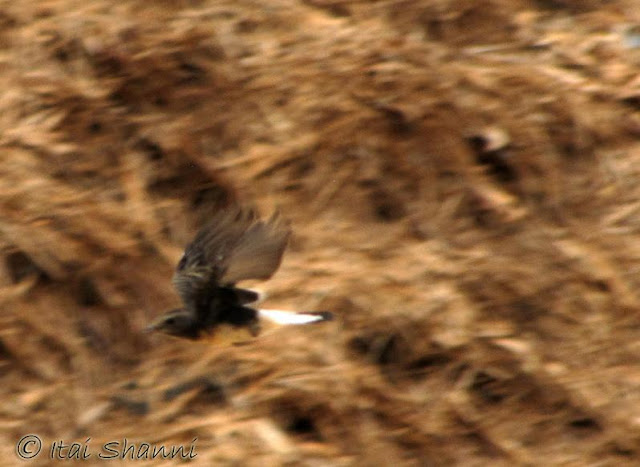 On Wednesday October 3rd ,the North wind were back in Eilat. Not strong but hot enough for raising the temperature much above the 30 degrees (and with high humidity also).

September has gone but in the greater Eilat region there is always great things up in the air. This morning before coming to the ringing station, I had some great time looking on a flying Scuba Diver, alongside with Booted and Lesser Spotted Eagle, while Levant Sparrowhawks were climbing a small thermal, but a txt message from the ringing station asking me "what bird is a 70 mm wing 52 mm tail, age 3, fat 0 and mass 8.4 g" reminded me that I should head off towards the ringing station... 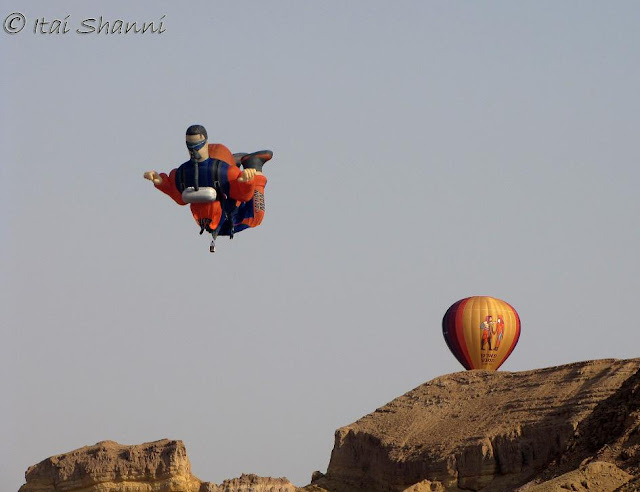 At the IBRCE ringing station we found ourselves like in a proper autumn despite the heat. Bluethroats, Redstarts and an early Sardinian Warbler singing at first light… birds from a promising October joining the usual Acrocephalus, Sylvias and Lanius; a couple of Tree Pipits and just for keep sure we are not forgetting when and where we are, a beautiful first year Red-breasted Flycatcher met Silvya (a SA volunteer) and Juan at the Northeast nets. 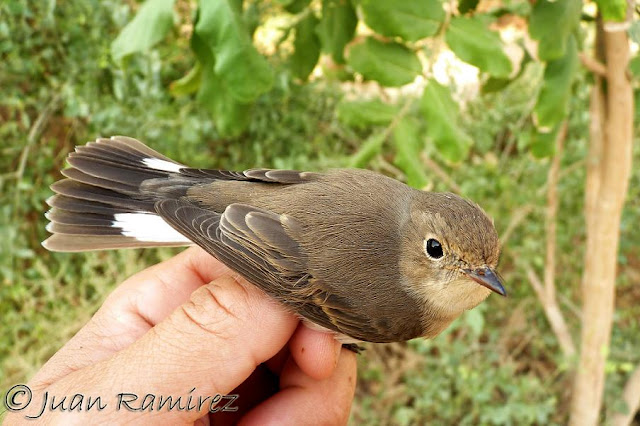