Autumn is defiantly showing itself and migrants are present in growing numbers.
Most interesting at the moment is North beach, where Pomarine & Arctic Skua's can be seen daily (these were taken today by Avi Meir) as well as a lone Cory's and Sooty Shearwaters. With them there are at least 6-7 White-cheeked Terns and a single Brown Booby (which is still followed by a fishing line which is tangled on its leg). 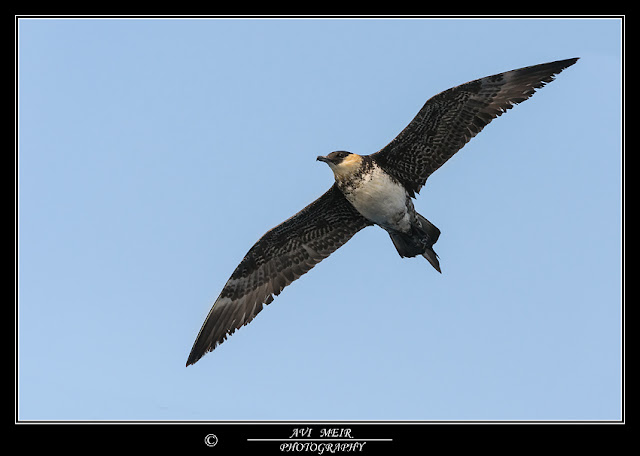 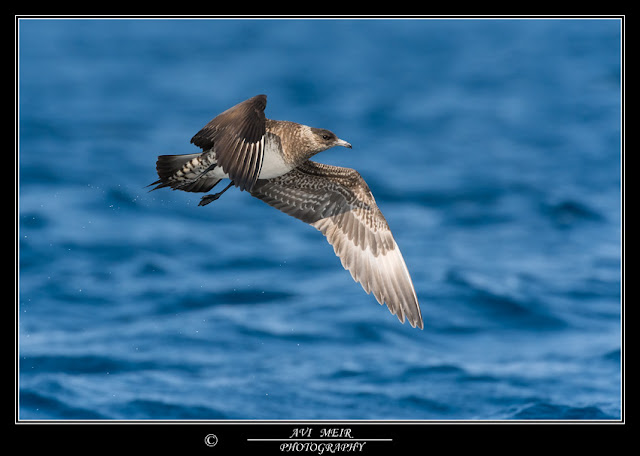 Over the last few days there is a constant increase in waders numbers. This morning i counted few hundreds Little Stints and Wood Sandpipers. Tens of Redshanks, Green and Common Sandpipers and also few tens of both Ruff and Little Ringed Plover. 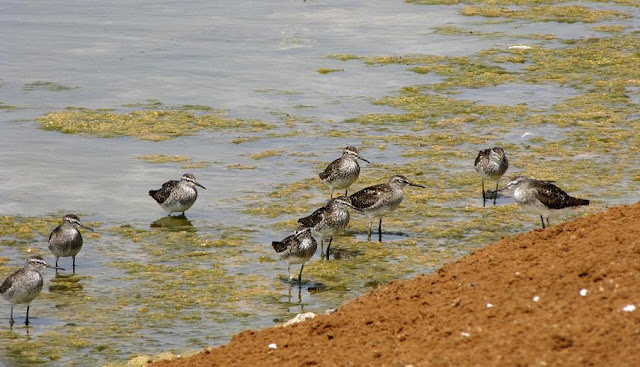 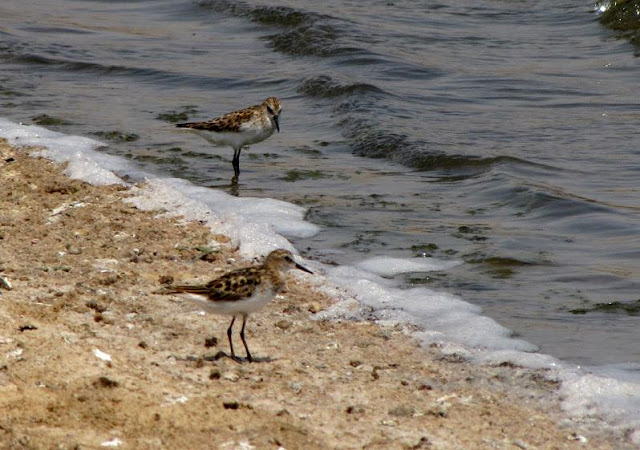 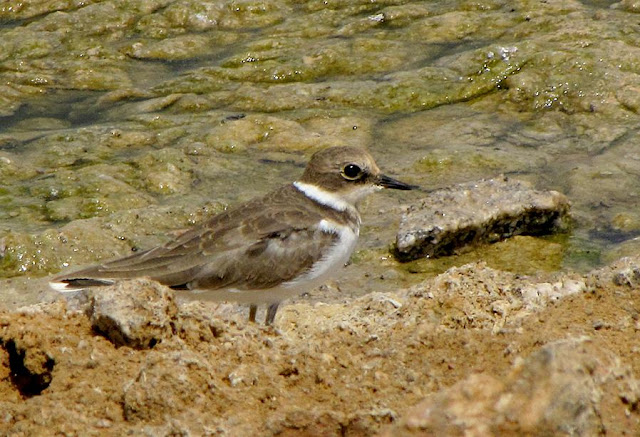 I've noted before that some of these returning migrants have rings on them (I wish we could see if this is one of the birds which we trapped in Eilat in a previous Winter or Spring...) 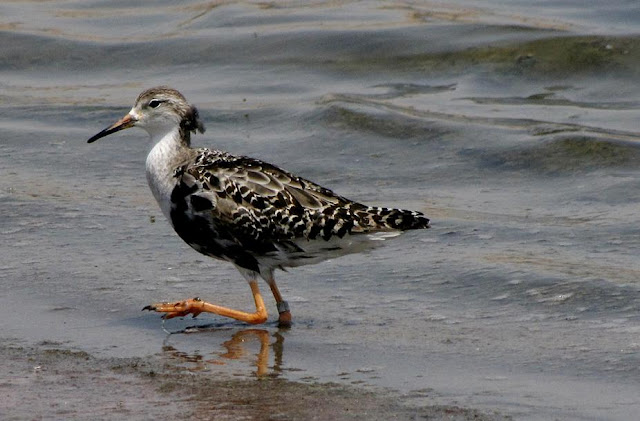 The many Slender-billed Gulls & Caspian Terns at K20 were joined today by a single Sandwich Tern and I am sure that very soon we will see them also flying daily around North beach. 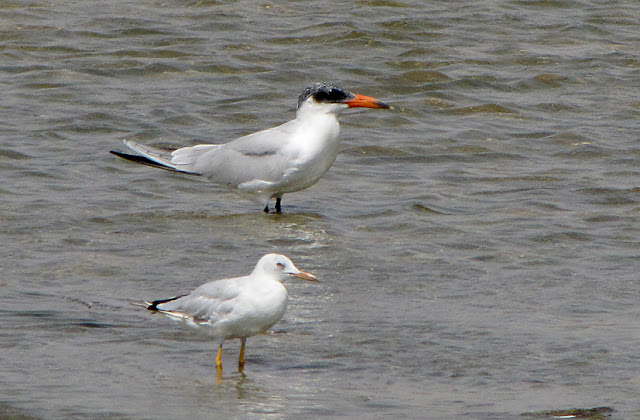 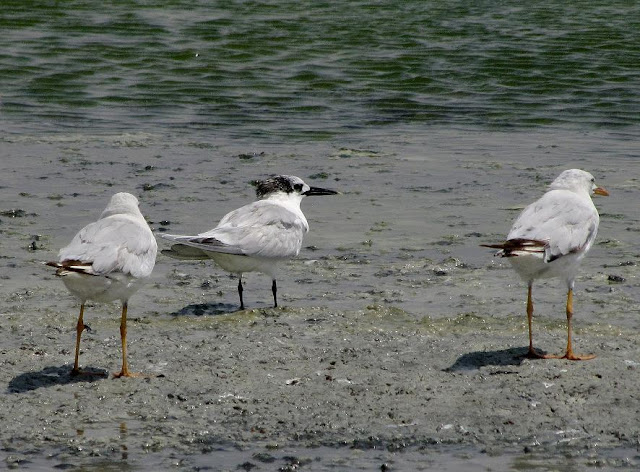 Sooty Falcons are on their territories up in the mountains and can be seen on most mornings hunting either at K20 or in the agricultural fields. With all these migrants around, the high temp' (which rises up to 45-46 on most days) seems to be much more bearable...
פורסם על ידי Itai Shanni ב- 4:03 PM