A good start for the rarity month...

November is known to be a very interesting month with many migrants still passing and first winter birds arriving. On the October 31st i was joined by Eyal Shochat for a morning out in the Arava. After checking the Ye'elim 'ghost village' for interesting Phyloscupus, I met Eyal at Yotveta and we drove to see if the Bimac's are still around on the circular field and also to see if any new birds arrived.
Indeed we found the 6 Bimaculated Larks still present with the same low numbers of Short-toed Larks, Red-throated Pipits and White Wagtails, but unfortunatly they kept on flying away so the only photo i managed to get is this huge crop... 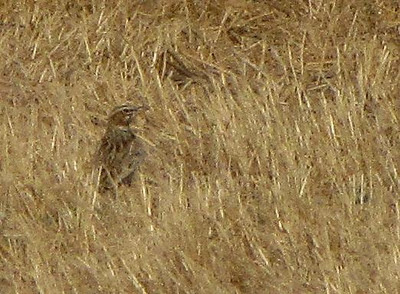 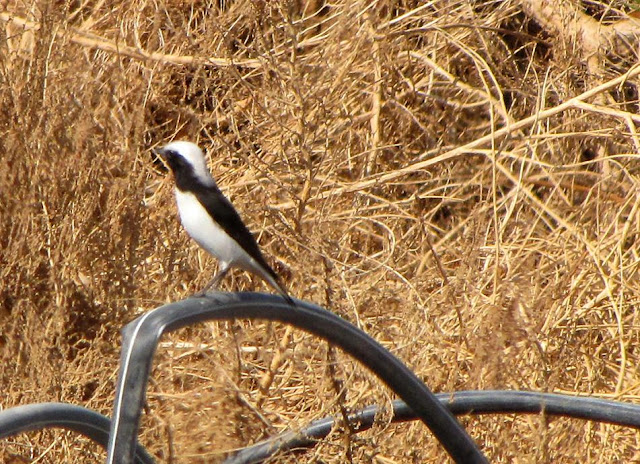 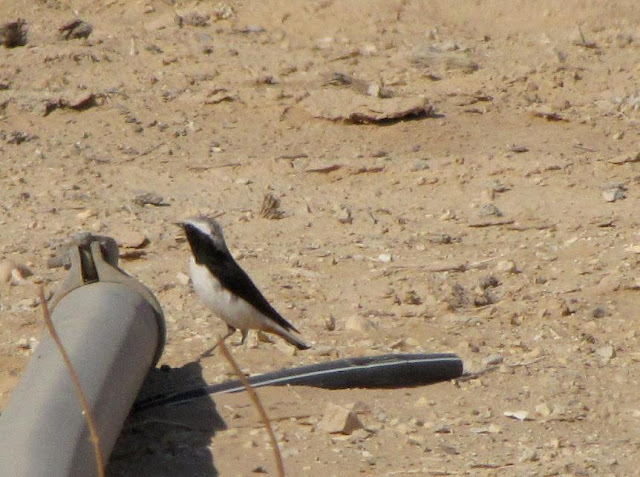 The most interesting bird on the field though was a male Linnet which is considered a good rarity for the region though a common breeder up north.
We than proceeded south and stopped at Samar Sewage where I found in the morning a very obliging Jack Snipe among the more usual waders. 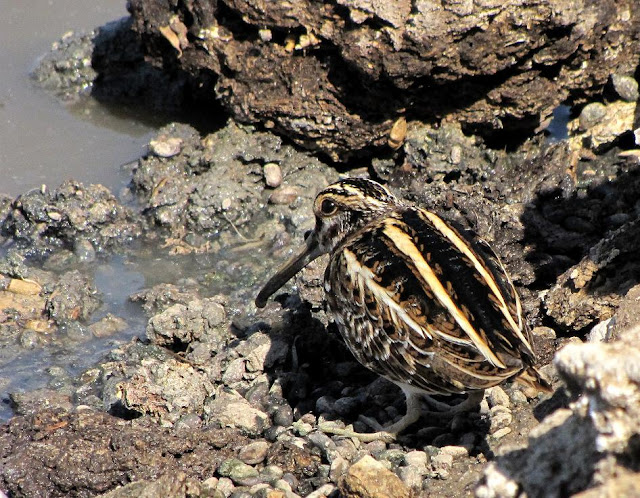 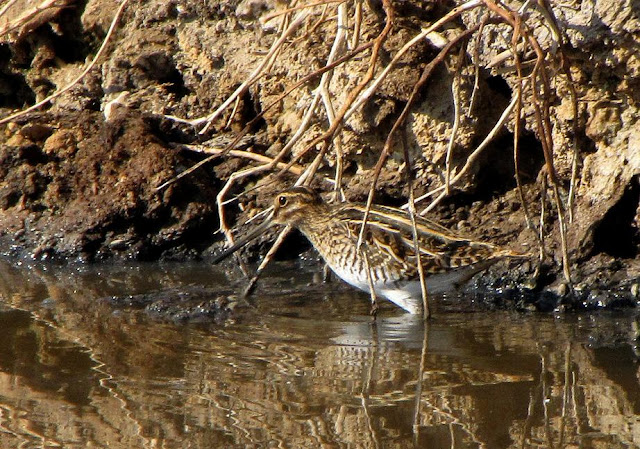 After checking more sites on the way south we finished by checking North Beach and the only bird present except for White Wagtails, House Sparrows and House Crows was this beauty Western Reef Heron. 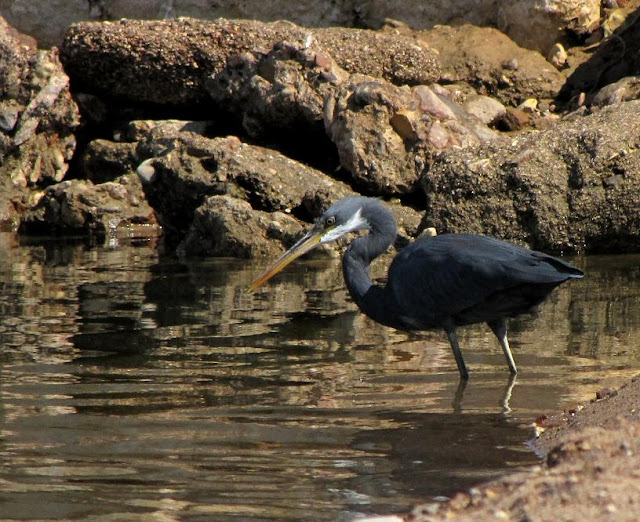 On November 1st, i had very little time to be out in the field and i decided to check the K19 Sewage works. There was nothing worth noting inside, but on the fence sat a fresh female Pied Wheatear! This used to be a very big rarity in Israel, but due to better literature, optics and field skills, singles are now annually reported around Eilat and the southern Arava. 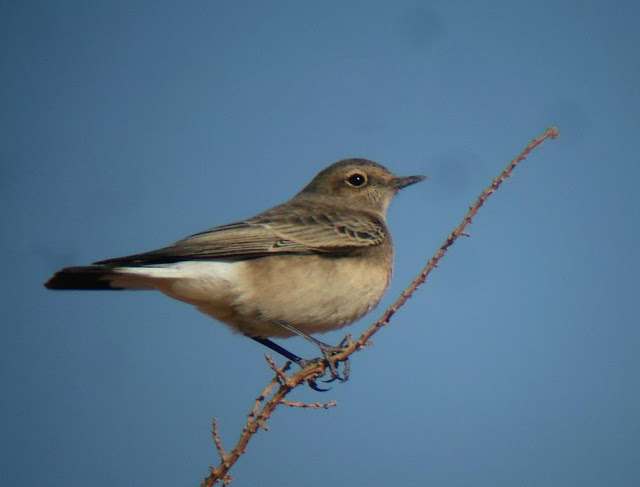 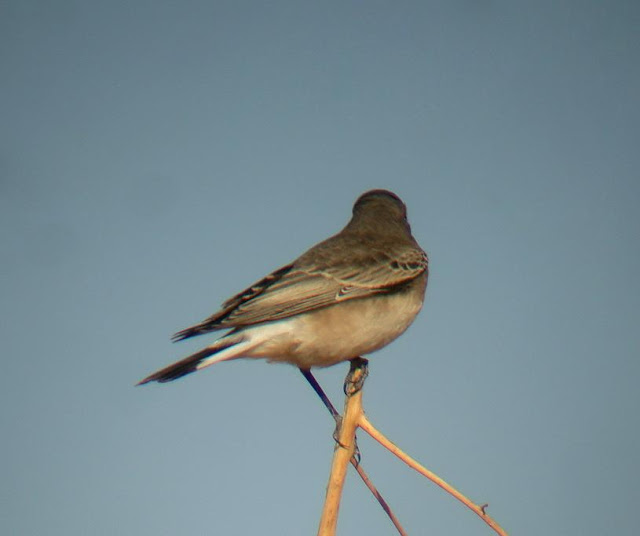 As i was learning the Wheatear, suddenly all the Pigeons from the nearby cowshed went up to the sky and a big Falcon was flying very gracefully among them, a first year Lanner was playing with the Pigeons around... Lanner have become very unusual around Eilat and it is probably the first I've seen around Eilat for the last year and a half. 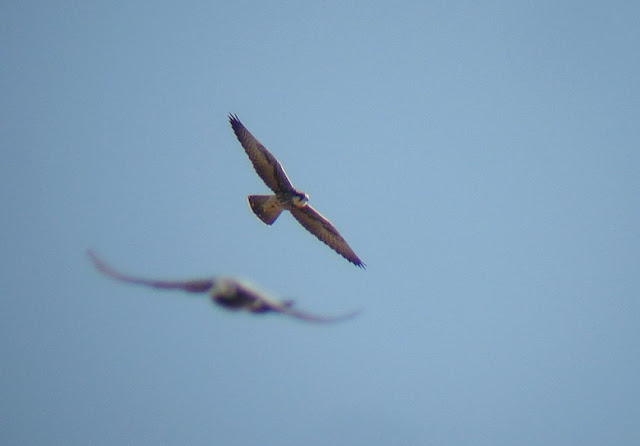 I am driving north tomorrow, for the weekend, I can't wait to be back and see what's new around...
פורסם על ידי Itai Shanni ב- 2:30 PM