A rather warm morning at the IBRCE, ringing with Itai, Tzadok and Thomas Hansen, (a German volunteer). Trapping still is a bit slow, but many birds are being seen around!
Our first Sedge Warblers and Squacco Heron for this spring appeared around Anita’s lake. Later 2 Eurasian Spoonbills were also seen there. Yet another Siberian Chiffchaff was jumping in an Acacia tree at the public part of the park. Some 300 House Martins were also swarming above (a good "kick in" after two weeks with only few tens around…), some Rock Martins and Barn Swallows were also flying among them. I hope that in the few coming days we’ll start working on catching them at their roost sites…  Tens of Swifts (both Common and Pallid) were passing through and Thomas reported of few Alpine Swifts yesterday.
Around 9am raptors started passing. Thomas was counting and till midday some 40 Steppe & 2 Beautiful Greater Spotted Eagles flew north east to Jordan. Yesterday Thomas counted around 60 Steppies!
We ended the day at the well known north beach. The entire usual bunch showed well: White eyed Gull, Western Reef Heron, Pied Kingfisher, a few adult Steppe Gull (as far as I could identify).
Few minutes after we started scanning the sea, I picked up a medium gull perched on the buoys not far off shore. Pale legs, gray back, rounded head, "childish" face with dark eye and short dark tipped bill - all shouted together- Common Gull!  And there he goes another boggy bird out of my black list!! This is a rather scarce winter visitor in Israel, and this first winter bird is the only one seen around Eilat this winter.
Sorry for the poor record shots…you know, all the usual excuses…

The last relatively hot two days generated a massive wave of migrating?? Dragonflies. Thousands of Vagrant Emperor (Hemianax ephipiger) flooded the IBRCE and the Eilat area. This one is a male - note the blue saddle on the upper Abdomen. 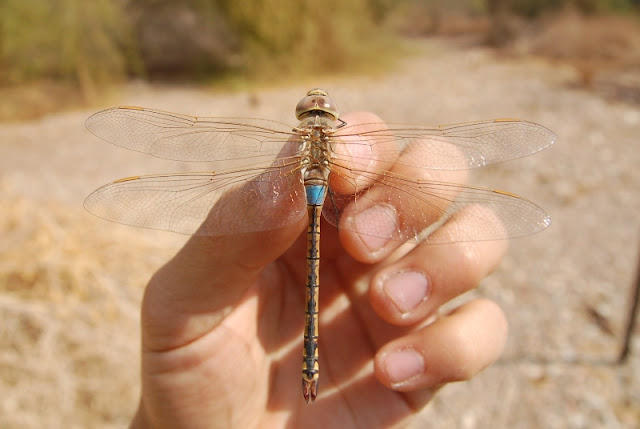 These amazing predator insects used to be a mystery to me and really weren’t much besides bird's food… Last fall Itai showed me that they are actually incredible animals and that their Identifying is as enjoyable as Id'ing a hard bird! 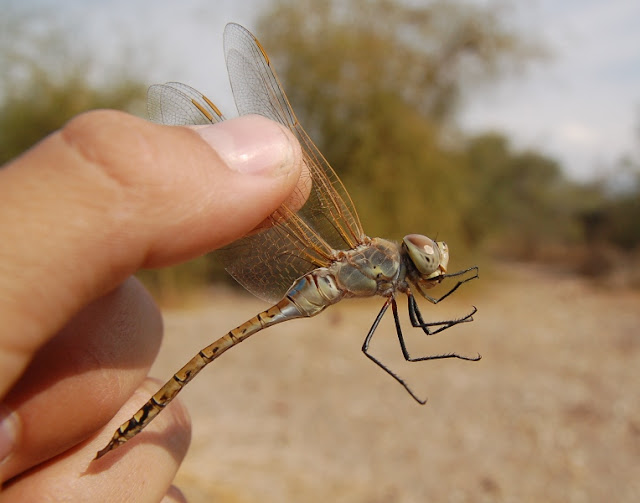 As the spring is getting stronger more and more species are expected down here. I hope more of these flying gemstones will soon appear and we will be able to add new species to the ever growing Israeli list!
I'm up north for the weekend, but stay tuned as Itai will inform you if anything special occurs around Eilat.