On Thursday I went visiting my girlfriend in Kibutz Ktura, 35 minutes north of Eilat. After I woke upthe next morning (no ringing that Friday so I slept till 8:30am), I took a walk between the Kibutz's houses and lawns. After I  heard a distinctive call from a tree just near me. The call was heard once again and then what ever made it went silent. The first thing crossed my mind was "what happened to this white wagtail?"… a few fractions of  a second later I realized It must be a "wing-barred" warbler. I waited for a minute and the bird showed itself between the branches. 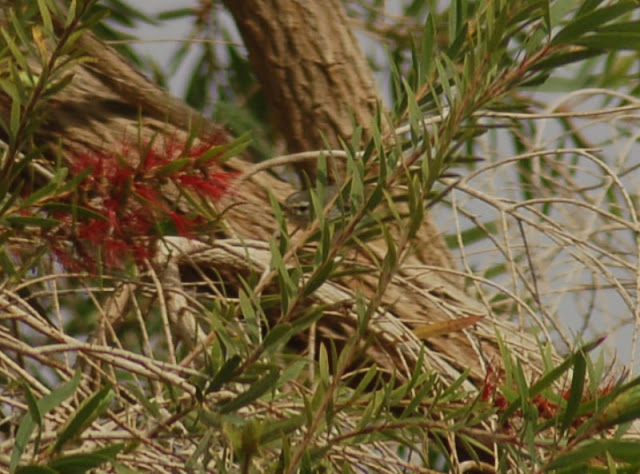 As I raced back to the room to grab my camera I was sure it is a Hume's warbler, the same feeling I had till I started examining the photos I took. This felling was based mostly on the call which reminded me some records I have heard, and the rather pale look and whitish brows and wing bars. Unfortunately I had no time to spend with the bird and in total my observation lasted 2-3 minutes in which the bird called only twice. 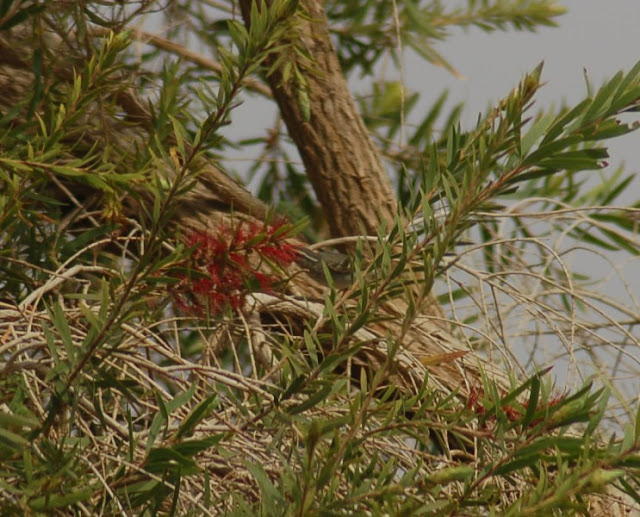 I phoned Yoav Perlman, and asked him to send an RBA massage.
As I got back home I compared the calls from memory with some calls on the net. My field impression was of a highly disyllabic call, with a very faint rusty ingredient. As I heard the calls of both Hume's and Yellow browed, I'm afraid I cant be sure to which species the calls I heard fit better, with a slight tendency towards Yellow browed. I must admit I have no field experience with Hume's, and limited experience of only 1 (silent individual)Yellow browed in fresh plumage in November a few years ago. 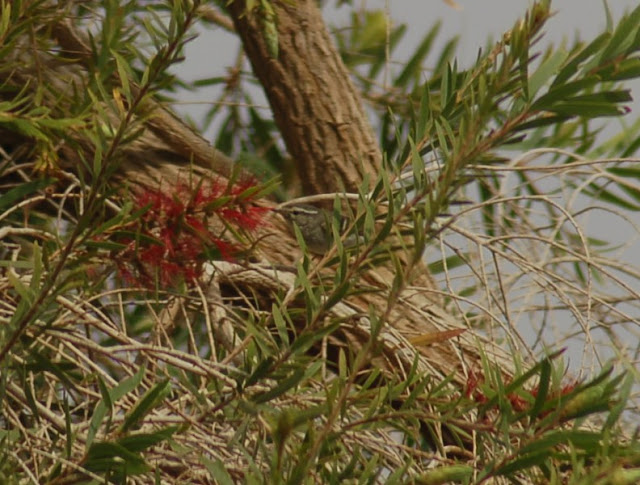 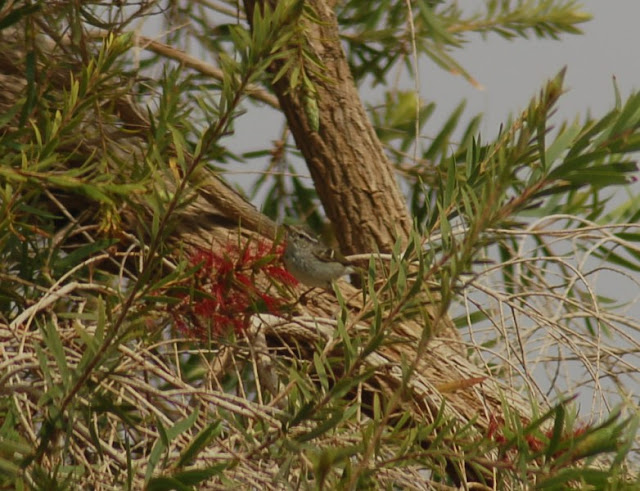 From the photos some features can be seen:
-A rather grayish, green tinged mantle and cap- better for Hume's, although at this time of the year some extensively worn Yellow brows can be similar.
- Extensive pale orange lower mandible, with a dark tip- looks good for YBW.
- Pale looking legs. Again good for YBW.
-no yellow on brows or wing bar- better for hume's but the wearing of the feathers is again a factor that should be considered.
Anyhow, I withdraw my first ID of the bird as a Hume's, and will refer to as a YBW/Hume's until better hearing and watching opportunity is achieved(probably next week).
I would appreciate any comment and ideas about this bird.
Hope to get back there as soon as possible, and you can be sure i will inform you with any news.
פורסם על ידי Re'a ב- 10:23 AM