A crazy morning at the IBRCE ringing station

Spring is always hectic around Eilat and there is much to do at all times but yesterday i've managed to allocate the whole morning, to be with the Dream Team at the ringing station. Unfortunately to me, I decided that I won't need the camera today which has proven to be a very bad decision when a beautiful male White-throated Robin came out of a bag.

Below is a summery of yesterday morning by Jan Visser...

"Today is an important day for Israel and its people (It is Israel's Memorial day which is followed by its Independence day).

The dream team has fallen apart and only Markus and I are left in addition to Itai and Tsadok of course. Moreover we are still being supported by Utte, Sylvia and Noa who is training to be a ringer some day. She is a good observer and quick as a lightning with her camera. Yesterday, in a nanosecond, she photographed an unidentified bird and only today it became clear that it was a Siskin, a species rarely seen in Eilat. 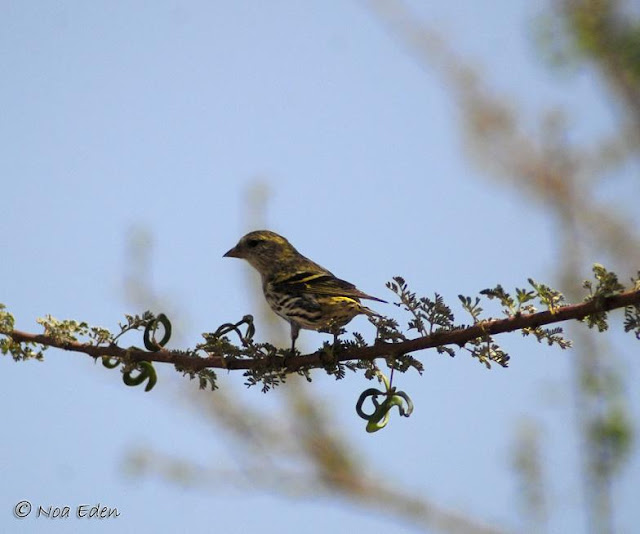 The morning started like any other day, the first two rounds with birds such as Blackcap, Eastern Olivaceous Warbler and Lesser Whitethroat interspersed by a Thrush Nightingale. All of a sudden, out of nowhere, the first Levant Sparrowhawk was caught in a mistnet; a young male! The day before, was the first observed (and there should be many more to come, now that it started) but it's really something else to have it in the hand! A beautiful new hand species for both Markus and I! 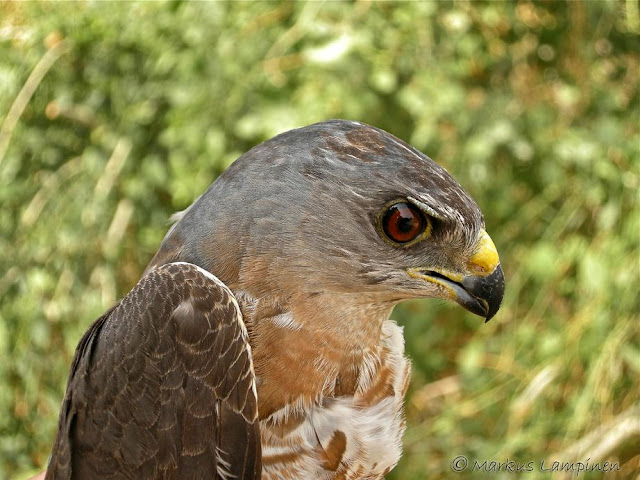 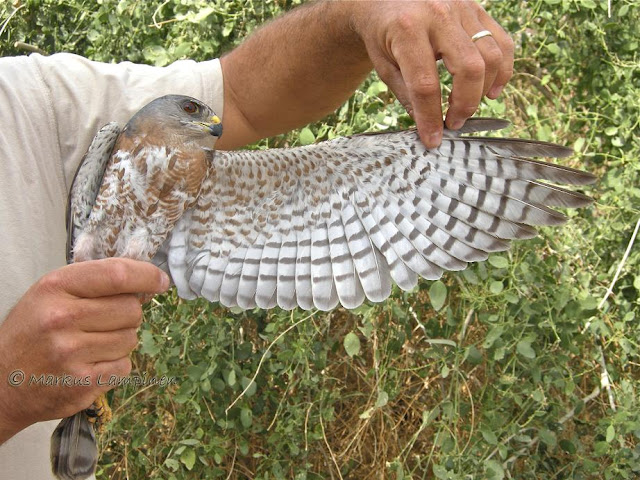 Sylvia surprised us all bringing a bag to the station, that should include "a beautiful bird"... When taking the bird out, Markus was totally amazed when he realized to be handling a stunning 2CY male White- throated Robin! A species that is not caught every year at the station and is still considered a rarity also in Israel. Once again, for us (the volunteers) a new 'lifer' and a new species in the hand. A beautiful bird, absolute special! 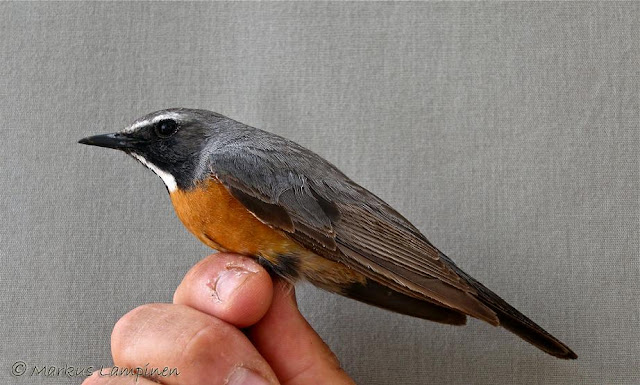 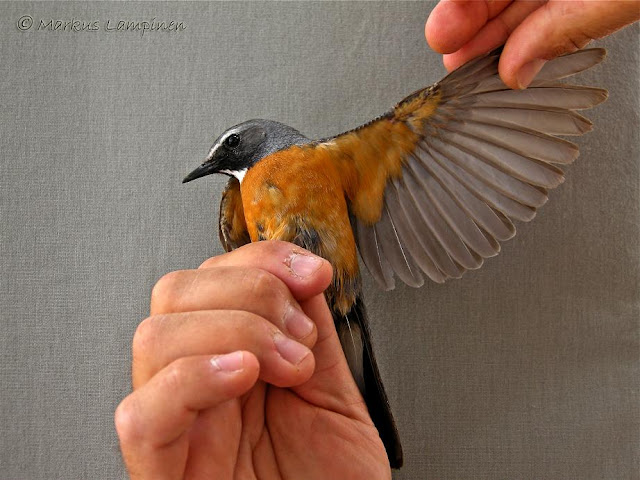 Today there was also an unrelenting stream of raptors above the ringing station including many Steppe Buzzards and Kites, a Long-legged Buzzard, some Booted and Short toad Eagles.


The weather stays unchangeable, a solid North wind plays tricks on us for days and this you can see in the numbers of caught birds.

We hope, of course, on more of these days because this is Eilat after all!
Jan Visser"

At K20 there is a drop in waders numbers but still there seems to be constant movement with the recent arrival of 11 Red-necked Phalaropes, at least 2 Broad-billed Sandpipers and 2 Greater Sand Plovers, Gull-billed Terns... 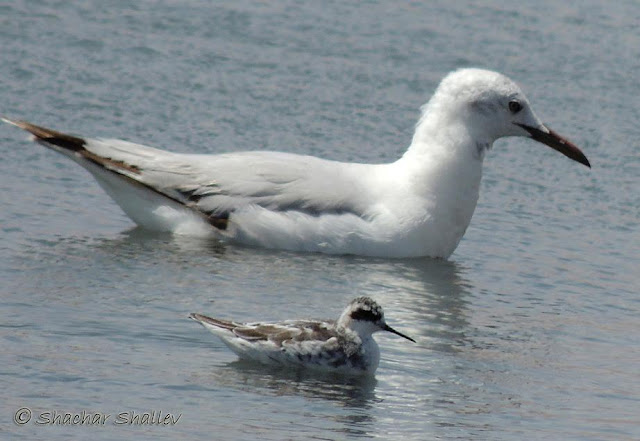 At north beach there is a growing number of Common Terns and the first White-winged Terns can be seen almost daily. And at the city parks there is more and more movement of B&W Ficedula.
פורסם על ידי Itai Shanni ב- 6:32 AM