After 3 days up north, I was happy to come back home and check whether migration is picking up around here as it is up north. I started checking K20 where there were good numbers of Little Stints as well as growing (comparing with last week) numbers of Ringed Plovers, Ruffs, Wood Sandpipers  and few Greenshanks, as well as Alpine and Curlew Sandpipers. 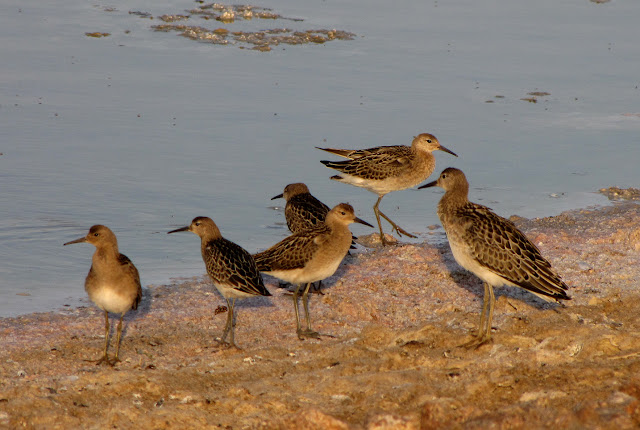 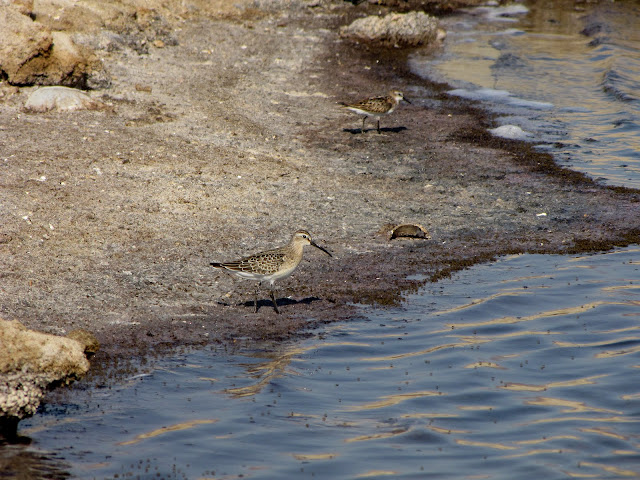 Also around were the first groups of Sand Martins, 30 Gargany's, 5 Gull-billed Terns, 2 Black Terns and a dozen or so of Whiskered Terns.

The best birds though were a pair of Sooty Falcons that gave great show of both hunting (going mainly after Little Stints and Yellow Wagtails) and displaying. Below are some poor record shots of the male eating the leftovers of a Yellow Wagtail (the white ground cover is from the foam created by the waves). 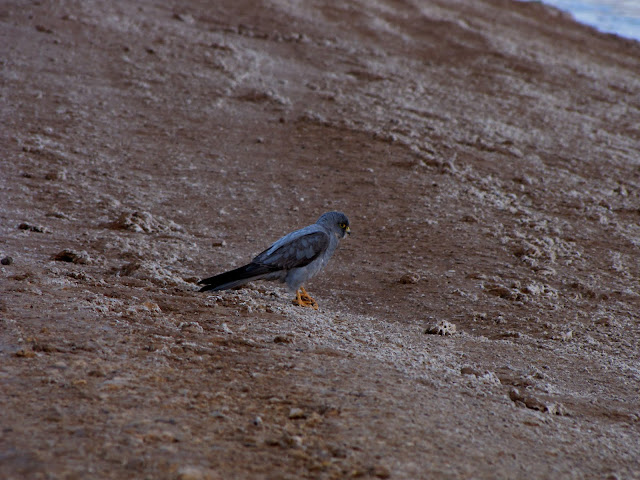 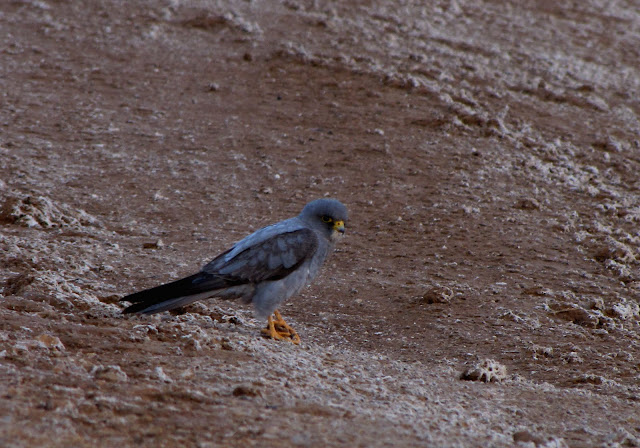 After K20 I checked the Acacia woodland around and there were many new migrants in the  foliage: First Willow and Garden Warblers were joining the wave of Lesser Whitethroats that was present already last week. 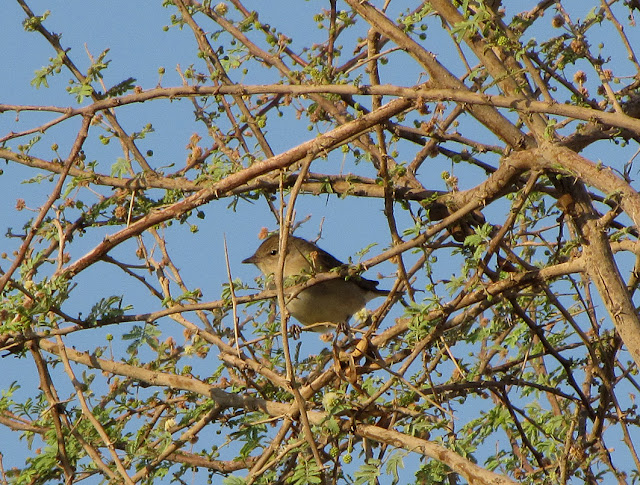 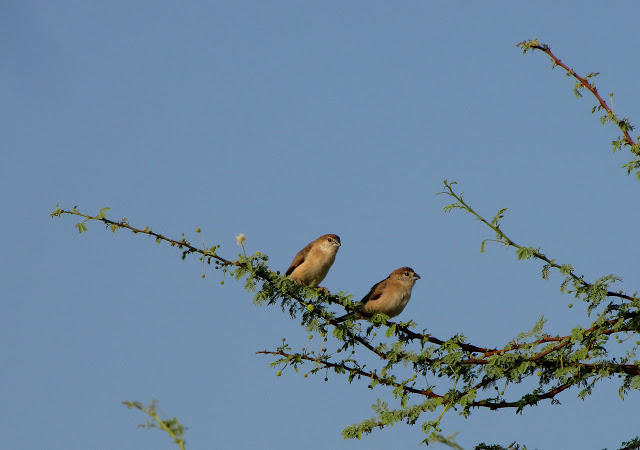 and there were both Red-backed and Lesser Grey Shrikes present around. 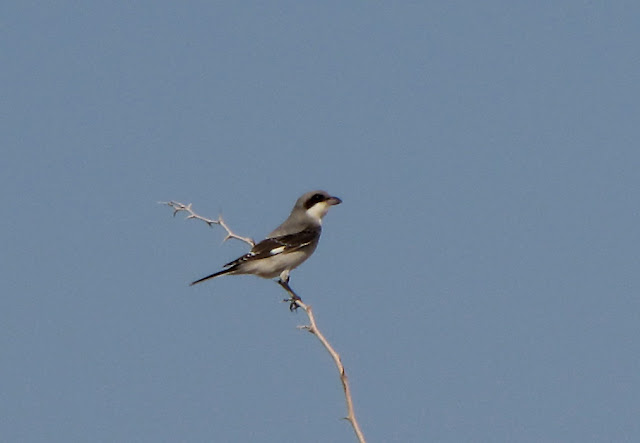 At the IBRCE park, Re'a reported a Barbary Falcon  trying to help control the Ring-necked Parakeet numbers and also the first Great Reed Warbler for the season. in the Melon fields, next to the park, there are new groups of Eurasian Bee-eaters and I heard my first Citrine Wagtail for this Autumn calling.


Back in Beer-Ora, my garden-list keeps on growing with my first Nighingale for the season and by mid day I already spotted my first Honey Buzzard for the season. 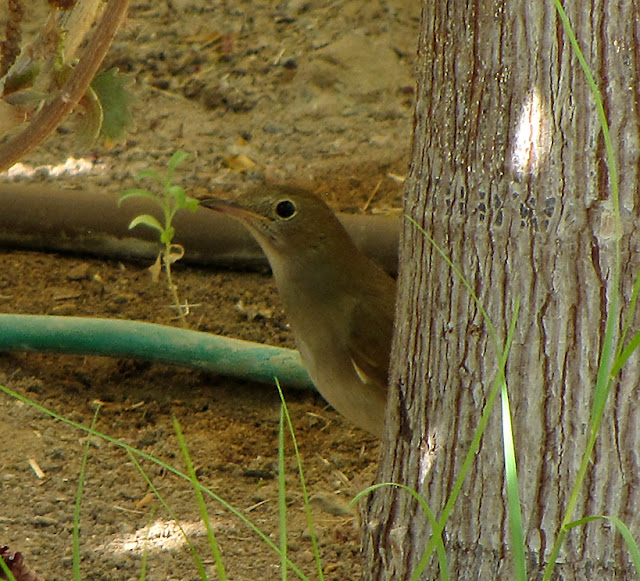 Stay tuned and we will update you as the season proceeds.
פורסם על ידי Itai Shanni ב- 4:46 PM